Hi - Yesterday my account @thefarmgirlgabs was one of the ones suspended for some reason. It is back, but I lost 25000 followers. Hoping I can get them back. Not sure what caused so many people to have their accounts suspended but I am why most of my followers went away.  @PinterestRenato @PinterestGabby @PinterestJanice 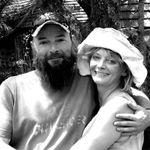 My account was suspended too and I lost 14 000 followers and for some strange reason, I'm following a whole bunch of more boards. So strange. I really hope they can fix it. 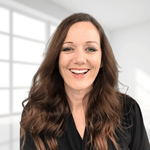 I also lost followers after my account came back "online"....and I also show following fewer accounts.

i have a highly engaged audience. Commenting always and liking my story/idea pins.

I know something is off because my mom who was following me before the account suspension glitch was not following me afterward. It seems she was automatically unfollowed she wasn’t an account that was suspended.

Please I really worked hard to build this community. I appreciate your help. 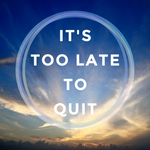 Same thing happened with me!!! I truly hope Pinterest restores your followers. I know what a LOT of work that is!!

Im in exactly the same situation - had my account suspended, now its back and lost around 20,000 followers. I'd be grateful for some assistance, and hopefully the return of my followers.

Hi!  The same for me.  My account @acolorfuldayp was suspended also and it is back but I lost 58K followers.  They were followers that my account has been gaining organically for several years with hard work and good pinning.   @PinterestRenato   @PinterestGabby

It's hard for me to believe that they are all suspended accounts.   I appreciate your help.

Also would be great if someone from @Pinterest could provide some feedback, or an overview of what’s happened. Collectively there is years of work and content creation attributed to gaining and keeping these audiences, the loss of all followers is a huge deal. Thanks Again

It went down again? It is now at 700 something. Please help Pinterest 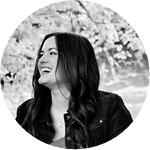 7/6 UPDATE: I received an email back from the support team. It didn't appear that they had actually read the content of my support request because I was told that "follower numbers fluctuate daily" and that I should just wait a few days. It's been five days already, so I'm not sure how many more "few days" I should wait. I replied to try to clarify that this wasn't a "normal fluctuation"...this was a known problem and it was over 75% of the followers I've built over several years...suddenly disappeared in a few hours time. I have a humble, but honest following...I don't try to game the system, and thousands of people following me were not spam or bot accounts. People who I personally know discovered they were no longer following me...even though they were not caught up in the erroneous suspensions, nor had they voluntarily unfollowed me. Then, I got one more email back saying that there was nothing she could do on her end, and that I should just keep waiting to see if the numbers corrected.

I'm incredibly disappointed...both in what happened (which is a devastating loss of years of hard, honest work), and in the dismissive response I received. I just can't understand treating creators this way, and it really makes me feel that my contributions to the community are not valued. I'm so disheartened by the thought that I am going to have to start over from scratch and rebuild my audience all over again. I just wish someone would tell us what's going on. 😢

I'm in the same boat. On the afternoon of July 1st, I received the suspension email. Knowing it couldn't possibly be correct, of course I appealed. My account was reactivated within 3 hours (around 7pm Pacific) with an email saying "sorry for the inconvenience". Everything seemed fine...but the next morning, 75% of my followers had disappeared--over 5,000 followers--including people who I know personally (like friends and family) who did not unfollow me by their own choice.

I emailed Pinterest immediately, and worried that I'd been hacked, I changed my password on all social accounts. By the afternoon, I'd lost another batch of hundreds more followers.

I saw several bloggers tweeting about the problem, so that put my mind at ease a little bit to see this was a widespread problem, and not just my account. Some were saying that it was possibly related to our connection with Tailwind, so I tried emailing them as well. As of this morning, I have received no response from Pinterest nor Tailwind.

This is a devastating loss following years of hard work to build an honest audience. If Pinterest is working on the problem, it would just be a relief to hear some validation that there will be a correction...but this silence is deafening.

@PinterestGabby - Please, please, please reassure us that there will be a solution! I'm sure everyone is working hard to figure it out, but just some communication would save us creators all a lot of churning and heartache. ❤️