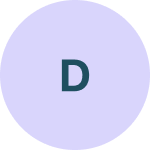 I was wondering if someone can give me some help!! … I'm the social media manager of this account @ladetectivedelasalud, and I've noticed in the last couple of days some idea pins are not showing the stats. I emailed Pinterest, and they just responded, suggesting a few tips about posting fresh and new pins and frequently… They didn't actually answer my question… Is normal a Pin doesn't show it stats when at some point it did?

I appreciate any help, thanks in advance! 🕵🏻‍♀️😊🙌🏼 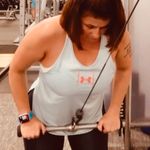 No worries, I hope that helps you many of us ran into the same problem initially and then the stats starting showing up and I have personally experienced that with other Idea Pins - ultimately, it does depend on the Idea Pin as well in terms of content. I have no doubt your content is good and you will receive loads of Pinterest Love!

Let me know what happens.

@ladetectivedelasalud Hi there welcome to the PBC.

So, the 411 on the Idea Pins is it can in some cases take upwards of a week to see the stats on Idea Pins - I am part of the Creator Community for Idea Pins and this is what was explained to us, so please don’t worry you will start seeing stats soon.

I had one Idea Pin that I thought did poorly and then about 4 days later all of a sudden my notifications were off the charts and the stats et al. started to come in on that particular Idea Pin.

I hope this helps clarify the problem but ultimately if you are still not seeing anything then definitely consider contacting Pinterest Support.

Hi Lisa thank you so much, this clearly gives me more detail.. I’ll wait & I will follow your advice. Hope to see the stats going up 😅🤞🏼!!

No worries, I hope that helps you many of us ran into the same problem initially and then the stats starting showing up and I have personally experienced that with other Idea Pins - ultimately, it does depend on the Idea Pin as well in terms of content. I have no doubt your content is good and you will receive loads of Pinterest Love!

Let me know what happens. 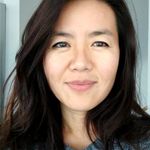 I don't have much help to give...just wanted to say that I noticed today my idea pin stats are not updating. And it looks like it's just happened in the last couple days for me as well.

I get notifications about them being "liked" or "saved" but the stats on the pin stay at zero and views are extremely low. I read @bodymindmood's about it taking a week to update but I haven't experienced this with my account. My stats usually update regularly. Not sure what's going on.

Hi there - For Idea Pins it does take longer and when the Creator Community began many of us experienced delays in Stats for Idea Pins specifically when we asked the Pinterest Managers who oversee the Community it was reported to us that Idea Pin Stats would take approximately 3 to 4 days to see complete stats so you will see some data but it may take more time to see complete data.

@chaivdesign While there is no perfect science to this some data will come in right away but overall it will take time - and really if the stats are not there it could potentially be the content and the Pinterest Audience is not responding to it I have had Idea Pins hit half a million and 700 it really is down to response from the Pinterest Community.

I'm not doubting what you're saying at all. Just for conversation sake, I have two websites that I drive traffic to through Pinterest and starting on October 13th, when my idea pin stats stopped updating, traffic to both those sites from Pinterest were markedly decreased.

My analytics for both of those sites tell me that Pinterest was my second source of traffic for the 13th and 14th. This is the first time I remember Pinterest not being the first source of traffic for both those sites. Just coincidence? I can't say for sure but seems strange that my decreased traffic would coincide with my stats suddenly not updating.

I've seen other threads on here from other creators saying their Pinterest reach suddenly decreased. Maybe some algorithm cycles through us, affecting each of us at different times. But based on the canned answer @ladetectivedelasalud received from Pinterest it doesn't sound like I'll ever get an answer on the anomaly I'm experiencing. So the only rational thing to do is to blame...Canada lol.

@chaivdesign Hi .... I completely hear you - My account decreased and I did nothing and it came back on its own. This happened even with the Idea Pins I was pinning Idea Pins but my stats continued to decrease.

I left it alone meaning I just created Idea Pins and Regular Pins but not obsessive and then it started to come back up on its own no contact with support,  it is strange.

But I was referring to Idea Pins specifically in that even if your account stats are decreasing for no reason Idea Pins truly are unique in that those stats do not update like regular pins .... as it was explained to us.

I recently answered a post on the community regarding dropping stats and what to do and my suggestion was the following Account has died I was clear that I have no Pinterest Data to support this but I have solid trial experience on this and I believe that this does have some impact on account stats.

It's not Canada lol....Are you Canadian?

Hi @bodymindmood . Thanks for your input. You're right, I have had days where my traffic went down and they did return to normal levels. So hopefully they return for me again. This time seems worse than others though.

Yes I'm Canadian but I was referring to an old South Park episode lol. They did a song called Blame Canada 🤣 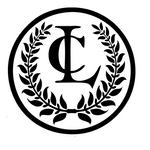 After I said I love Idea Pins.....I am about to change my mind!!.....for the past two days four of my latest Idea Pins have on only 2 impressions each.   They ARE NOT BEING SHOWN.   What is the deal?   I am advertising on Pinterest but also count on my Idea Pins to perform organically.    I keep up with trends and just three hours ago posted an Idea Pin about how to use pumpkins with home decor.   It has only 5 impressions!    I spend HOURS doing photography and making these right.   Why are they not being shown.   Please advise.   I also wrote to the help desk about this yesterday and no one is responding.   I was told I have a new rep and they would be in touch by Oct. 10th......well it turns out that person is not my rep and he is supposed to have someone get in touch.  I need HELP and from reading all these comments it seems others are experiencing the same thing as I am concerning Idea Pins.

Please advise how we can get this straighten out.