Well yesterday afternoon I was shocked when I was rearranging and looking at my board and noticed that of all my video pins experienced a sharp drop in their saves. I’m talking half and more than half. Losing hundreds of saves per pin instantly. I’ve been posting about this off and on and nobody seems to be having the same problem. I’ve asked each time I’ve posted and I don’t believe anyone else has experienced this or at least they’re not saying they are. But talk about being disappointed. So I sent a message off to someone yesterday who had said they look into it, Rita. Instead I received a reply from Frank who said unfortunately they’re not going to look into this type of problem anymore.  OK so they’re more important things going on. But isn’t there at least an explanation of why I just lost thousands of my saves and that lowers my stats. And why does this keep happening to my video pins? And why has nobody taking the time to get back to me since this problem first started two months ago? So Frank says he’s just not going to bother with it anymore 😡😖 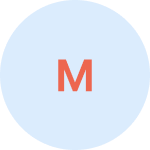 In the past 1 year...I have experienced CS being definitely less than clear or helpful...like they don't believe in transparency (what a surprise given the state of politics for instance). Hopefully someone here will be helpful ...

Thank you for replying. I had hopes that that today things would show the original stats but they’re not. In fact it’s interesting how I continue being notified of saves and most pins are only showing one save or zero saves the last 24 hours. Nothings been added and it’s essentially like they’re all in a static position. I will continue making my video pins because I enjoy it but it is frustrating that they pushed some update which has caused so many people problems. And for Frank to essentially say “we have other things to deal with so we will no longer be fixing problems like this” is sad.

wow, that sounds very arrogant of them too