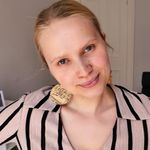 First of all, so glad to see this Business Community coming to life! Excited to see what future holds for all of us!

Now, onto the question! Has anyone experience a SUDDEN and SHARP drop in reach. I'm talking 70-80% in a day.

And it keeps going down! Just in a day I disappeared of all search results for keywords that I have been ranking for.

The traffic is consistently down on all pins and all pages at a very similar percentage:

Actually something like this has happened before and customer support has confirmed that I was caught by the spam filters accidentally. It then got fixed. Here is how it looked:

It took around a week to bounce right back up after I've been unflagged by the system. Now, I'm being told it's natural ebbs and flows:

Now, has anyone experienced something similar to that? How did you bounce back? I publish new content consistenly and have been publishing more. I also upload videos but their reach has significantly dropped down too (by around the same percentage).

I have now stopped running ads because I feel like my reach is being limited by quite a bit. It doesn't seem to make sense to try to grow brand awareness.

I would love to go back up and continue growing with the community! I would highly appreciate if any of you have any advice! 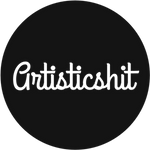 My pinterest account is still showing one digit impressions since the past 4 months. I was told by pinterest that my account is save listed but still something is wrong with my account. I have written many tickets and i still get the same reply with no solution at hand. I seriously dont know what to do. My impressions fell from +1M to 300k. Please check my account and give me a solution.

Hi All - I've been a keen pinterest'er for ages and have spent hours upon hours building my pinterest presence. Now in the last 2-3 weeks I have lost nearly ALL my pinterest traffic - it used to be in the many hundreds daily, now it's about 10-15. My monthly views is down around 70% in the last week and going down daily.

I have contacted support - the first person who responded to me said there was a bug in the system that was causing genuine content like mine to be marked as spam. She said it would be fixed in some days. That was over 2 weeks ago and things got worse. I then contacted again and got someone else - the second support person can't really tell me what happened so I have no answers. He keeps suggesting best practices however I have been doing all this as that is exactly how I built up my presence.

The reason I am writing here is to ask if anyone has had the same experience and what you are doing? My pinterest presence has practically disappeared overnight and I can't get any answers. So I am also wondering if Pinterest is worth my time and effort?  I spent so much time building it and to see it all disappear is so upsetting. I am hoping someone here can give me some advice on whether I should forget about pinterest altogether or start trying to re-build or is there any other answer? Thank you so much.

I've experienced the same. In mid September my account went from around 500 daily click throughs to my site, to the single digits within two days, where it's remained. I contacted Pinterest support and was told after a few days that there was a "problem with a spam filter" that may have inadvertently flagged my content. She said the problem should resolve itself shortly. It hasn't. Yesterday I receive a grand total of 2 click throughs to my site from Pinterest. In mid September I was hovering at about 950k "monthly viewers" according to Pinterest stats. Today, just a few weeks later, it's 189k. I understand algorithm changes happen now and then, but after spending several years trying to build an account, this really makes me want to shift focus to SEO.

I filed DMCA reports to remove stolen pins but the stolen pins are still active and ranking in Pinterest. I think I have filed too many reports and Pinterest is no longer removing pins. Imagine every single one of your pins that shows up in Pinterest linking to a spam website. It's so devastating.

Hi - yes I've had the same issue. I had 1.9m monthly viewers, now down to less than 740k in about a week and every day it goes down further.  I was wondering if anyone from Pinterest here has any advice? Would really appreciate it if you could help or give us some guidance if possible - maybe @PinterestGabby . Thanks so much.

I'm also having the same issue as all of you and it's really annoying when you get all the same response from Pinterest support about not having any problems with my account and/or website.

First time that I have this sudden drop out of nowhere was around March 2020 , you can see it as a first drop in the image:

I started sending requests to Pinterest support every 2-3 days - all I got as an answer was a template: create new original pins, bla-bla, etc. After 2 weeks I just gave up. Later on around the beginning of June I decided to send another Pinterest support ticket about the issue - it was already more than2 months since the drop. And then a miracle happened - I've got an answer that my website was mistakenly flagged and that my traffic will be back in 10 days and it really happened - 10 days later is gets to the same level as it was before the drop.

It was steady and growing since, but in the beginning of September it happened again. I started sending requests to Pinterest again and guess what - received the same standard reply as usual about no problems at all with my website and account. Now it's more than a month and still no recovery - Pinterest denies to fix it.

One more interesting thing - as someone mentioned in this thread earlier about stolen pins, I also checked and there are tens if not thousands of my original pins all over Pinterest , with links back to some spammy websites. I guess someone is using an automated software to crawl websites and upload their pins with their custom made URL.

As you can probably guess when someone clicks on this pin and it leads to a spammy website it's reported or at least a dislike button is hit, so probably one more thing that is hurting our websites/accounts could be this one. Negative feedback from users on your original pins and it could possibly raise a red flag on Pinterest.

I hope someone from Pinterest reads this and finds a way to fix it as soon as possible as it hurts genuine high quality publishers instead of spammers. 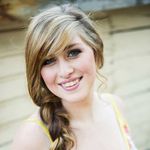 WOW so many people all having the same issues. This needs to be fixed people are losing money over this. I have clients not wanting to run ads until its fixed.

We went from 2 million monthly views down to 1K this all happened within a month. I get the platform shift I will continue to update my SEO and stuff but my goodness if these many people are having issues something must be wrong.

I am not sure if someone is addressing the issues at Pinterest. I have created multiple tickets and still no answer to how Pinterest destroyed everything in 30 days. It's absolutely heartbreaking to see it happening on a daily basis. Take a look at the screenshot.

At least there should be some resolution for the business community. I am sure, I am not the only one here facing the problem. It will be great if you can actually look into the matter.

I wish I could tell you it goes away or that Pinterest manages to solve the issue but I can't.

For me, it's been 3 months and the situation is exactly the same, my account which was once thriving, is dead.

So much so I'm closing it this week, honestly I can't stand looking at the numbers analytics shows me on a daily basis.

Worst still, I see here some people who have had the same problem for longer and still aren't getting any answers or results.

Some say Pinterest is unable to solve the issue, others say it won't because it wants to end free traffic.

Best of luck to you all.

Unfortunately my relief was short lived. I realized once Pinterest analytics updated that my numbers were coming from older pins, my new pins are still virtually invisible to Pinterest users.

I've stayed away this long to try and keep my motivation but honestly I've had enough.

I've filled a new ticket with Pinterest help and if nothing happens, I will be shutting down this account and moving on.