Thank you so much. I have followed you 🙂 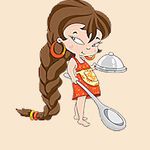 @ThumbGuardsYou're most welcome, I didn't want you to think no one was paying attention to your question 🙂

Thanks for following me!

Your kindness is really appreciated 🙂

Since you are just starting out... let me suggest that you take the free courses at the Pinterest Academy to help you get your page up & running properly: https://pinterestacademy.exceedlms.com/student/catalog

Wow thank you so much. You are a star. It is very late here now but I will be sure to follow up with you and look at the course in the morning. Thanks for the invite. I have accepted 🙂

Hi. Sorry to say it but this forum is littered with creators having the same problem - they create fresh content and yet are flagged somehow by the algorithm. I'm still not sure what the issue is, but Pinterest's standard response is to deny there is a problem and send you a condescending email about pinning fresh quality pins.  It took me 18 back and forth emails to get a promise of a fix. I have yet to seem my account rebound. My audience is less than 40% of what it was. The promise of a fix was 12 weeks ago and the problem still exists for many users like myself. I encourage you send at least an email a week, responding to the same person from the help desk (once they finally answer you). Take screen shots if you can and include them. I've been given no sign that Pinterest will actually fix this issue, but since it seems like they're just trying to wait us out, I think you should continue to press your case. Some users have seen a rebound after a lot of complaining. My guess is that a small percentage of creators experience this problem and it is not currently worth Pinterest's effort to resolve the issue. I figure thought the more people highlight the issue, the better the chance that Pinterest will respond and the more likelihood that all of the accounts that will be fixed. Good luck. https://www.pinterest.com/theburntsunsetnovel/

In my case, they admitted that there was a big in the spam filter that flagged my account, but not after I suggested that answer. They have denied it for so many times.

I got nothing but denial and yes, condescending e-mails of what I "should" be doing on a  daily basis which I have always been doing.

I've been told they manually fixed my account but I'm seeing no signs of improvement. It got even worse.

Has anyone gotten better progress over me? Just need to know. All the pins i make daily have been wasted because of the algorithm

Since Aug 13th, my engagement drastically dropped, there has been such long back and forth and I was told they found a bug in my site and have "safelisted it".

- Traffic became even worse after it

- My issue has been marked as resolved but the problem has not been resolved.

- I'm opening another ticket, but I'm just so scared it will lead to the same thing

I know plenty of us are experiencing this problem right now. Some have been helped, and some never got their replies. Has anyone here received any help that worked? What did you do and what did they say and do to bring back your engagement?

Oh goodness, that is not good at all. I understand the frustration however because I just know this is not because of my pins.  I went from getting as much as 5k on one to the next day getting 0-1 views on new pins. I will continue to message them and hope they do fix yours for you and do so soon.