@thetoybuzz this is a very interesting theory that would explain why the sudden drop in impressions overall ( new pins and even old ones).

Someone on reddit suggested that it could be migration of pins from one database to another...making them unavailable in the process...which would also explain the drop in impressions and the fact that some of my most popular pins would rank high one day and disappear completely from the search results the next day.

I also had to report some stolen pins...who knows where the truth is

I want to share my experience so far in case someone wants to give it a shot.  I have only been working on my Pinterest account for just over a month now and all of my numbers were increasing at a rate that I was happy with.  Then overnight on the weekend of 9/26 my impressions dropped to the single digits and my viewers started dropping daily as well.  I submitted tickets and received responses that my account was fine, to post new content (which I always do daily), there is a bug with the spam detector and it will take time to resolve, and so forth.  After researching what to do, I started posting less pins and gradually deleting pins that had low performance.  This decline continued until last weekend when I accidentally posted a pin through Tailwind to the wrong board and deleted it on Pinterest as soon as I realized after the fact and reposted but since it was late, I wasn't in the mood to go back into Tailwind so I just posted it through Pinterest then and there.  My impressions went back to normal for this pin so my theory was that Tailwind was causing the drop.  To test my theory, I took all my scheduled pins from Tailwind and scheduled them on Pinterest instead.  My impressions and numbers went back to normal for all those pins.  I tested Tailwind again and scheduled pins for a day and the numbers went back to the single digits.  I then later deleted those pins and rescheduled them from Pinterest and my numbers were normal.  It looks like Tailwind is an issue so I am planning on canceling my subscription with them.  You guys might want to see if it works with your accounts as well.

Baljit, in our case (at least mine), even if I upload my pins through Pinterest, nothing is working. I could only see 3 or 10 impressions on my pins.

Also, as you said, you have been on Pinterest for one month, so could you tell me within one month, how many visitors you are getting daily and how many fresh pins you are uploading each day? Are you repining the same pins again and again?

If you are getting decent traffic being there for one month, I am thinking to start a new account.

What @thetoybuzz suggested is what I've already been thinking about the whole situation.

Looks like someone is using automated software and steal my pins then upload them with affiliate links, spam, etc.

It's normal for Pinterest users to give negative feedback to these pins over and over again and thus the Pinterest algo learns no to show these pins.

Unfortunately, not sure how we can fix that unless Pinterest support doesn't have any solution?

Reporting pins? But how to find thousands of stolen pins manually and manually report them?

My traffic is not great but had built up to around a few hundred to 1200 impressions per pin and 147K viewers.  Yes this is very bad in comparison to what all of you guys are talking about but considering I started with the single digits in impressions a few weeks prior and 0 viewers, I was pretty happy with this progress and I was finally starting to get clicks and saves more regularly.

I used Tailwind for a couple of weeks and everything was fine but then overnight everything tanked to less than 10 impressions and around 90K viewers.  Now I have started using Pinterest to schedule and my impressions are back to a few hundred to 1700 per pin (which is now my newest high).  It looks like my viewers have stopped declining as well and clicks and saves have started returning.  I have seen immediate results from switching to pinning straight on the site.

Bear in mind that I have made other changes as well based on thoroughly researching ideas so it could be a combination of things.  I deleted a board which appeared spammy and moved performing pins from this board to other relevant boards.  I also deleted pins on boards that weren't performing or relevant to those boards and I have started becoming very picky about what content I am re-pinning based on the advice of others.  Before I was just re-pinning anything and everything to save time but I have been told that this will hurt your SEO.  I am also gradually deleting my own pins that have poor performance and revamping them with SEO.  Note that I deleted and am deleting pins over time and am still working on this.  I am not deleting all at once because your viewers will decline somewhat based on these deletions but then will slowly increase back to normal levels.

I post 4 new/fresh pins daily and re-pin 3.  Currently I am deleting my own pins and pinning those again after deletion so this makes my life easy because these pins have already been designed and are considered a new pin.

This is what has worked for me and I hope it stays that way.  I was really torn about saying anything negative about Tailwind because I love using the app but I knew I wasn't doing anyone any favors by not saying anything.  I am still using Tailwind to re-pin others' content but will cancel at the end of this month when my subscription is up=(.

I have communicated all of this to Pinterest Support and they have advised me to continue with this strategy if it is working. 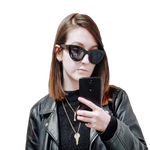 I'm assuming nothing has been fixed yet or they're still doing something? All was good with me, and then today I checked and all my stats are almost literally 0. I should have taken a before photo but never did I imagine this to happen. This is not normal. One pin, in particular, had over 1.24k impressions in less than 24 hours and now it's saying "-- -- --" all across.

Thank you so much, Baljit for a detailed reply.

I was getting around 1,000 visitors per day from Pinterest. But now, it has come down to 9-20 visitors. After e-mailing the support team so many times, they say my account is not marked as spam.

I still don't believe that because how could an account which has been getting consistent traffic for two years gets downgraded within a few days. I am sure there is something fishy going on.

Anyway, thanks for your help, mate!

Hey, guys, are we all using Tailwind to schedule our pins? I mean that we have the same issue with sudden drastic drop?

I'm using Tailwind and it's set to pin around 15 pins per day. I have stopped Smartloop a week ago, but it doesn't seem to help.

I'm thinking about pausing Tailwind and start manually uploading pins daily for a week or two to see if there is any difference.

Please, if you are experiencing the same issue write in your post if you are using Tailwind and how many pins you set to be pinned daily so maybe we can find a pattern.

You are welcome!  Try all the tips that I offered and I also forgot to mention that from Tailwind I was scheduling 6 new/fresh pins and 6 re-pins from others per day.  On Pinterest I am now scheduling 4 new and 3 others, as this is much more manageable.  My impressions have normalized with this strategy and I hope it continues so that my account can progress.

Don't be bummed and instead take it as a learning experience of what you can change/improve.  I liked what I had created before but now after making all the changes, I love it!  It looks much neater, organized, and professional.  Before it was kind of messy and very disorganized. 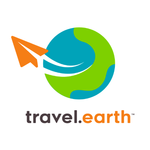 This issue is still not getting fixed. How long will it take? If we contact the support, the only response we get is to post fresh pins. Yes, we are posting fresh pins! We've been using Pinterest for over 2 years now and all that effort put in is just gone over the past month. Can someone from your team please check and respond? What is happening? Our impressions have dropped to more than 50% so has our visitors and engagements.

@PinterestGabby Please help us out.