Idea/Story Pins Reach (Impressions) has Dropped to Basically Nothing

I've always struggled with regular pins getting any real impressions or reach, but I figured it's because Pinterest is so big, and my accounts have been newer, just too impossible to compete with the established big pinners.

But, I was hoping that Story/Idea pins would be something different.  My first Idea Pin for this business account got hundreds of impressions, which is actually kind of low from what I experienced when I first started Story Pins on an older account.  But my next Idea Pin took off within about 5 minutes of posting it and was getting consistent Engagement, Hearts, Comments, Saves and some new followers.  It got up to over 60 saves in the matter of about 2 hours along with some followers.

Then the traffic completely died to it.  It wasn't like it slowed down over the course of a couple days.  It was like instantly all the traffic and impressions stopped and was cut off, and it never got any more engagement since then, despite having been a popular pin.

Since then my Idea Pins reach is just ridiculously low.  Like impressions dropped down to 30 for each one, then down to the teens, and now basically no impressions or reach.

These same content posts still perform just as well on other social media platforms, just not here.  And I've seen other creators in the same space with similar content that seems to be performing well now.

All I can think of was that Pinterest saw all the activity and thought it was spam?

Also, I became a verified merchant since then, which I thought would help, but hasn't. 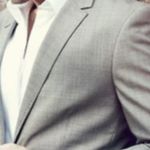 Hi @faithwriting  welcome to the PBC. I would encourage you to continue posting regularly, and try not to focus on the numbers for now. It takes a little while to grow a community, but you will gain more followers as you continue to pin consistently. Your target audience will find you, and as they do, engage with them and even ask what they would like to see or not to see. I would also encourage you to save your Idea Pins to only one board instead of multiple boards and be descriptive with your pins in the detail drawer, the title and even in the comments. And use video early and often. Have fun with what you are doing, the rest will take care of itself. I hope this helps you.