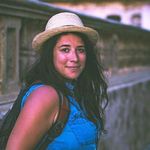 A big thank you to everyone who came to the PBC to report and flag this issue to our team. We really appreciate it.

If you were impacted by this issue, you should've received an email from our team with more information about what happened. In regards to the reported changes with following counts, this should resolve over the next several days. If you're still not seeing a change, please let us know in a support ticket so our team can keep track and escalate as needed. We sincerely apologize for any confusion this may have caused and are working hard to make sure this doesn't happen again.

Thank you again for bringing this to our attention!

No email from Pinterest saying what happened.  When we reached out to Customer Support we received a very generic "we are aware and are working on a solution" email - no details on WHAT happened and HOW LONG to get back our followers (we dropped from 20,000+ to 2,000).  The lack of communication and transparency is VERY disappointing - not sure we'll want to direct any of of our advertising budget to a product that has large problems and no transparency about it.

I did not receive an email and I did submit a support ticket but I received a very canned response from someone named Sid about how I need to post Fresh pins every day.  He did not look into my account nor did he address the issue. The issue is still unresolved. I will submit another ticket but it is extremely frustrating to submit a ticket for a clear drop overnight by Pinterest's doing (not our own) and to get a standard, generic response. Can't someone provide a more individual, specific response to the content creators if it is clearly something Pinterest acknowledges has happened?

I have not received an email and every time I try to reach out to "help" I just get a generic response.

@PinterestGabby is there any update on this?  I NEVER received an email from Pinterest, and although my followers have increased a bit (from 1800 to 6600) I am still missing over 15,000 followers.....

It has now been 11 days since this happened, and no updates or status....disappointing.  PLEASE UPDATE US

Thank you, Gabby. I was one of the lucky ones who did receive a response from Pinterest confirming there was a glitch and managed to regain 4000 of my lost followers. However, when the glitch happened I had 18000 followers, and now two and a bit weeks later, I have 8000 so I'm still down by about 10 000. Any idea how long it's going to take to fix the mess up?

It's amazing to me how little support there has been for the issues from the July 1 bug. I've submitted 4 tickets to the help desk. One was closed out after receiving two bot replies (or bad copy/paste jobs from "Sid") that show the ticket was not actually read as none of the issues involved were actually addressed.

Without mentioning any accounts at all, he was able to tell me that it was an "ebbs and flows" (it was the exact same email I've received before for other accounts). I was reaching out on behalf of our clients and told the specific number of accounts dealing with issues in the glitch. I let him know I'm happy to provide the list of accounts as well. No response at all to the issues from the glitch and no asking which accounts were impacted. The next reply was an "it's not marked as spam and I'm closing the ticket" response. The question had nothing to do with being marked spam and he didn't know which accounts to even check. This has been incredibly frustrating as a user and as a business owner.

The other ones have not been dealt with at all - one from 22 days ago and two from earlier this week have no replies at all. I'm happy to provide ticket numbers for someone in management to look over the responses if someone wants to reach out.

Then I come to the community thinking there will actually be some answers here. Instead, I again find that these issues are being completely ignored or that we are being sent to the help desk where we are also ignored.

I know that @PinterestGabby and other Pinterest employees can only say what Pinterest lets them say, but please pass on the amount of frustration this is giving users and people who are giving Pinterest free content to put their ads in between. You should see the number of creators, bloggers, and business owners who have given up on Pinterest in the last year because of the issues and lack of support from Pinterest.

The lack of transparency on these issues, the lack of support from both the "help" desk and the community, and the lack of ability to fix the issues from this bug is leading to creators, bloggers, product sellers, etc. not trusting Pinterest and not wanting to invest more time or money into the platform.

Please do the work to build trust with your users again, address the issues (loss of followers and low reach on new/fresh pins since July 1 after the glitch), and fix the issues that you created with the bug/glitch. Be transparent about what is going on and when we can expect to see accounts recover their lost followers (as many as 40,000 - 50,000 in some cases) and their organic reach.

Where is the support and update on this issue???  We lost 18,000 followers, and have initiated multiple support tickets with NO RESPONSE and NO RESOLUTION.  It is Pinterest's Policy to just delete followers, destroy customers business models, and then just let them suffer with no response or help???  What a way to run a business...  @PinterestGabby what the *#*#$( is going on???

@liveloveruntravel I really appreciate the feedback here, it's been noted and I will share this back with our teams. Are you still experiencing issues with accounts not seeing all of their following back? If so, can you send me a private message with the usernames and any ticket #s of the support tickets you submitted? No worries if you don't have the ticket #s, I'd just like to take a look at the interaction with support. Thank you!

@jacquelynnes, same to you, are you reporting this from your own account or from an account that you manage?

@ACraftyMix are you seeing your following bounce back to where it was?

@PinterestGabby We are still missing followers on multiple accounts. Low reach has not improved, but I've given up on that at this point. I'm guessing there was a large algorithm change that has not been mentioned for the change to be this drastic across niches and accounts all at the same time of the glitch/bug since every ticket claims that there is no problem.

Sending you a message now.