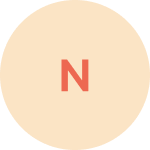 I’ve been apart of the creator rewards for a couple months now and March is the second month to be paid. I worked my tail off in February to submit high quality pins and they were all accepted. My account is now saying I was paid for the pins but the amount that hit my account is 90% less than what I was told I was going to be paid and I tried to contact Pinterest about a separate issue at the beginning of the month with no response and now I’m waiting for another response on this issue.

Has anyone had their payments not match at all? Or any problems with payment? There isn’t much clarification on things so I’m super confused and pretty sad to see my hard work not pay off. 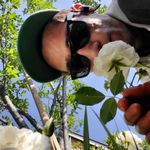 yes. i got a payout about half of my lowest approved payout. not even 5% of my total payout. ive been waiting for almost 2 weeks for the payment and if i didnt have a seperate business i probably would have forgone essentials by now tbh. thank god not me,but i know other creators have missed healthcare, food & rent payments even. i was paid efficiently and on time feb so i thought it would continue and invested in upping my pinterest time and money,  i would not have, knowing this bad payout in march. you cant expect us to dedicate ourselves to being creators and not have a consistent payment or even a customer service #.  ive been in since Dec, every month was smooth until now march. february stuff was approved quickly and efficiently. you knew what was actually happening. now 3/24 the next months reward goals are out and who knows what they have looked at or approved from this month because its all in the air. like you very frustrated, its almost like why try. there is no responses from them or they are extremly mediocre, so i think why even try. i for one am extremly depressed over this. ive posted this week mostly to utube and reels bc if they dont pay well i am forced to look for diversification. i dont get pinterest tbh. just over it. if they dont care about us why reciprocate =(

An update for anyone following! KEEP REACHING OUT TO THE HELP CENTER! I’ve sent multiple tickets into the help center over the last few days (highly recommend) and finally got a response today that was from an actual person! Hoping it’s actually a meaningful message and that it will actually get looked into because I know I am owed a lot of money as well as a bunch of people I have chatted with. I added the response they sent to this!

We all need to stick together and speak up about this situation for ourselves and for other creators! Especially since they have just released new stuff for April when most people haven’t been paid correctly or at all for February. 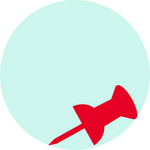 I submitted a ticket yesterday, maybe if everyone keeps it up they'll see that it's a widespread issue.

@acaketoremember that’s what I’m thinking as well! I’d submit one every day until you get a response.

I received a response that basically said that my pins are still being reviewed, and that it might be the full 30 days after the previous month's goals end to see any type of payments. I responded asking for clarification on a couple of points, mainly if we would be told which ones weren't approved and if they would be paying what was approved throughout the month, or if they would be pulling back some of the ones they said were okay.

I would love to know which pins weren't approved and why, that would be really helpful to know what was missed for future work. If pins are being approved throughout the month, I'm assuming that what I was doing was fine. But if at the end of the month they then decide that none of them qualified, that's not helpful. Not that that's what's going to happen, but from what they said it sounded like that would be a possibility.

@acaketoremember Does your dashboard say they are still being reviewed or do they said “payment is processing”? Asking bc mine has said payment is processing for 3 weeks and I got a small payment last week that wasn’t the same as what is told as “paid” in my dashboard.

@saltandsprinkles  Mine just says that payment is processing, and I haven't received any payments at all yet. 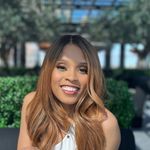 You seem a little salty I can submit as many pins as I like just like you could do the same. They approved them not me so be mad at yourself. There are plenty of others who I talked to who have made 5 figures ranging from 10k-85k last month. So don't blame someone else for creating content and putting in the work to do so just because you chose not to.