Abrupt Drop In Impressions - Is it happening to everyone?

My daily impressions abruptly dropped in February. I am seeing people complaining over the past year in various forums that the same thing happened to them.

The explanation offered for the cause of the drop is usually one of these:

1. No reason is given

2. Pinterest only wants paid pins now. Little or no free traffic will be given anymore.

3. Pinterest had a big algorithm change and the account was secretly flagged (whether by mistake or due to violations of the rules imposed by the new algorithm) without any warning or notice to the account holder. Pinterest simply decreased their impressions to almost zero, intentionally not informing them that it was done, why it was done, or how it can be fixed.

4. It was some kind of mistake by Pinterest and it can be fixed by filling out a support ticket. The support tickets are never answered.

The message will usually get comments claiming this is happening to everyone and that nothing can be done. Free traffic from Pinterest is no longer realistic. But, I have never seen one of these comments that explains how they know this is happening to 'everyone' or 'nearly everyone' rather than just a handful of us?

There are probably tens of millions people pinning. If they all suddenly had a drop in traffic down to nothing wouldn't there be thousands of people complaining in these forums rather than just this small handful of us?

I am hoping that it isn't everyone nor nearly everyone and that it can somehow be fixed.

Please let me know your thoughts.
Thank you. 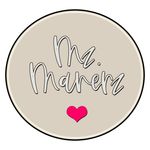 Hi!  This just happened to me recently and I cannot figure out why.  All the possible reasons you listed help me understand why this is possibly happening.

I posted one pin that immediately had more saves than impressions which makes absolutely no sense and makes me think that something isn't right.

I am going to reach out to Pinterest curious as to what they are going to say to me....  Thank you for posting. 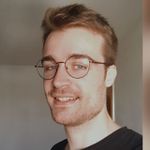 Hm, in my case impressions increased a lot the last months. Pivoted more to video myself as that gets shown in feeds often. 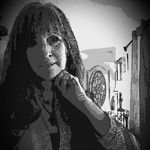 I am used to seeing thousands and thousands of impressions and alot of pin clicks.

For me it's the same, since February a drop in impression and in click to my website. Almost 50-60% less than usual. I haven't change anything in my Pinterest work: pin only fresh and original pin, Stories, videos.... it's Pinterest that is changed. I noticed often a call in action to sponsorize my post. I think that the simplest thing is the right one: as Instagram and Facebook they push for paid and sponsored content. If you do it for job it's ok, but I have a cooking blog and I don't sell anything, so why i should pay to be seen? have a great day, Ada