sincerelystudents
Just visiting
I’m a blogger and have been using Pinterest for months now with no issues. I publish fresh pins daily and always follow community guidelines. However, my account’s reach has suddenly taken a nosedive recently.
Within a week, my Pinterest daily impressions have dropped from around 30k to 1k and stayed there. I’m aware of the natural fluctuations in impressions, but this doesn’t seem like one of those. In addition, I almost completely publish fresh Pins and re-pin very little Pins, almost none at all. I read about this in the Pinterest best practices, so I’ve been following it. Therefore, I don’t believe this drop in numbers is caused by the amount of re-pins vs fresh Pins on my account.
I also strongly believe that all my best-performing Pins were removed from Search results, as well as Smart Feeds. I wasn’t able to find any of my Pins (even those that were ranking recently) when searching keywords.
I've reached out to Pinterest's Help Center multiple times and was told that this was "normal" and that there is no spam filter on my account. Would anyone happen to have experienced something similar? And does anyone know why this might be happening? Thank you 🙂
pinterest.png ‏321 KB
Reply
7 Kudos
10 Replies

I'm in the same situation, my traffic is 90% cut off and they told me it's normal too

I had traffic drop like this in August and it only returned in February. I have no official solution from support or anything like that and I'm still not sure what actually caused it to drop and what made it return.

But I do have a theory... Are you willing to test it?

Only thing I figured out, that might have happened is that i repeated the same urls too much. I've got busy and didn't create as much pins as I wanted, but kept posting those I've had left. After the drop I've been discouraged to post, as the pins didn't get any impressions - I was throwing them to air essentially. But after months of going back and forth with support with no solution, I've decided to start posting again as a last effort to try to save it - nothing to loose but time spent creating pins. That was in the beginning of the year (January) and my traffic returned in the middle of February.

What can also help: post story pins (idea pins) and videos - Pinterest loves those. If you don't have enough of your pins, repinning from others also worked to diversify the content of the boards.

So in the end it should be something like this: You post an article, save a pin with new image and new url. After that you schedule for the next days different pins - older articles (with new images), random repins, links to your socials... anything to space it out before you repeat the url again. Next week you save another pin for the new article with second image. Week after that you share it to group board... and so on...

I have no idea what the interval should be, but the week I chose seemed easy to follow.

The goal is to not trigger Pinterest's spam filter, which can view you as a spammer, when posting the same link "too much".

Hope it works, not only because it would make me happy I helped, but also I really want to know if this is what happened or not. The not knowing why the drop occured has been killing me for almost a year now 😂

That's interesting! I always thought that Pinterest didn't care that much about URLs, just "fresh pins".. I'll definitely try what you've suggested! Thanks for the input 😊 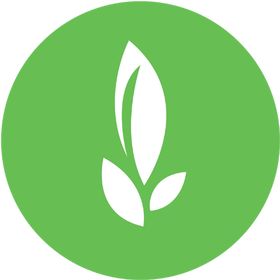 Thanks for sharing, this is interesting -- will definitely test this out!

I'm confused. You're saying "1 URL can be posted only once a week". I'm promoting my artwork on Society6. So should I publish one pin pointing to my shop only once a week? And miscellaneous pins for the rest of the days?

Every product on Society6 has its own URL, so that should be okay. It's about not promoting one product with 10 pins at once, but to spread them out 😉

I post the same link only one since January, I post Pin Stories (good results as impression, but no link so are unuseful except that for Pinterest), I post only fresh Pins from my blog. No way.... 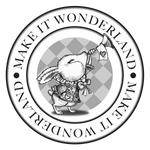 Wow this is pretty interesting. Thanks for sharing.

Exactly the same for me. I could use the same words. I post only fresh pins, I follow the rules and the best practice, I do Pin Stories but since 3 month my impressions and outbound links are dropped by 50% and more. I don't receive any clic or comment on my new Pin since January. It's like all the new Pin after January were just invisible. The Help center send to me the same email they send always, they say there are no spam filter or penalty on my account. Unuseful. I'm thinking they are making the same as other social network....