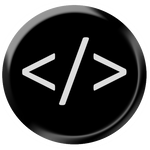 Hi!
I have the same issue https://www.pinterest.com/coderstickers/_shop/ Pinterest chose a photo of a mailing envelope, not a product 🙂
Is there any progress in solving the problem?
Or maybe it is possible to select a photo (or create a rule) manually?

Thank you in advance. 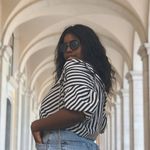 We are still working on it.

The only workaround available would be removing any other images from your Shopify product page so Pinterest ingests the only available image. Seeing as this would not be ideal, we are diligently working on the fix.

Let me know if you need anything else!

I have a hard time believing that it’s 6 months later with no solution.  This is ridiculous not to have the algorithm fixed for the first photo.  It’s bad business and extremely frustrating. I would like to know where in the process of fixing this problem is Pinterest?  Because there is no point in paying for advertising for the back of the product photo.

This is still a very frustrating issue because some of the supporting images of my products are shared across multiple products and when the algorithm pics them it makes some of my products look indistinguishable.

Any update on a timeline for these being addressed?

Yet another business here with a Shopify shop where Pinterest's auto-selected images are not good at all. I am not going to be able to run an ad campaign against my Shop until this is resolved because the images are so bad. I also don't want to ruin my conversion rates by removing all but one photo. Please keep us posted on this this fix.

Thanks for letting us know your feedback. I'm going to make sure to relay it internally. Sorry for the inconvenience.

Let me know if you need anything!

Also another business who PICKED the BEST image to SELL a product as the FIRST image and Pinterest decides the BEST thing is to not actually SHOW an image that would SELL my product, and as of yet, the only recommendation is to REMOVE all the other images? The other images are RARELY going to be the best image.

This is a major kind of ridiculous. It's weird how Shopify can show the first image, but Pinterest is like "no, business owner, you're not smart enough to pick the correct image. Here, have this last image, it's informational graphic that doesn't show your product. Pinterest thinks THIS would sell your product."

How many months has this been going on and someone can't figure it out?

Yeah this is a disaster. I would be spending hundreds on Pinterest ads right now if this were fixed but you guys are going to get $0 of my holiday ad spend if this doesn't get fixed! This is so ridiculous I can't even believe it - why in the world was it built this way in the first place???

Just integrated my Shopify store into pinterest and what a disaster for main image "picking". Hope there is a resolution soon, but from the looks of this thread, looks like the waiting may be in vain.

I've had the same problem, so I decided to delete the automatically created product pins because I thought I would be able to add them manually. I've not found a way to do this with Shopify. The Pinterest Shopify app still says that the product pins have been released, while they are nowhere to be found on Pinterest. Reconnecting Shopify and Pinterest doesn't work either.

I've already been waiting for support to reply for almost a MONTH. PLEASE get your .... together Pinterest, and make a proper Shopify app in the first place.

I'm not using Pinterest ads until this has been fixed, since the campaign that I ran so far was basically for nothing.