Recently, my account changes its language automatically to Turkish (WTF?).  I used to use it in US English, everytime I change, it automatically switches back to Turkish. I don't even live in Turkey BTW.

I don't know if its something about time zone I live in or system problem.

@PinterestGabby maybe you can give me a hand

@theburntsunsetnovel @foodiehomechef @realsouthamerica Hey! I hope you all are doing well, did you experience something like this before? I keep having the same issue

Hi. I have not experiences a language change on my profile.

I have, however, noticed several ghosts in the machine this month: videos that don't load, stories (ideas) with zero impressions, pins that don't record comments after I reach 50 comments, old pins that far out perform new pins, deleted pins (made and deleted by me) showing up in my home feed, old profile pictures being used instead of the one I have now, and an overall impression drop by 50% over a few months (from nearly 3 million to 1.5 million views). So, I've decided to take a break again. The creator experience is just too frustrating on Pinterest. Can you imagine if the same thing happened on Instagram, Facebook, or another platform? The one positive thing I've noticed since the changes to the platform is that my follower count has shot up.

My best guess is the Pinterest is built on some sort of old software architecture and the platform cannot handle the increased load (new users) as well as the number of changes (Pinterest trying to be like social media) and the constant software patches.

Like I did last year, I'm going to take most of the summer offer from Pinterest and let my feed reboot. (I had a half dozen other issues last year.) Leaving things alone for an extend time seems to revitalize an account.

Main problem I had on these days is I am no longer getting link clicks to our website. Even though monthly viewers of my page is increasing, I am not getting enough engagment to my website or Etsy Shop, which means I am not getting any sales via Pinterest.

Now I can't solve this language problem, I can't work as my profile keep changing its language that I don't speak. Some of my managers are in Turkey but I don't know if that happens because of their location. I asked them to log out, I will change my password log out and log in again to see what happens, maybe its just a bug. 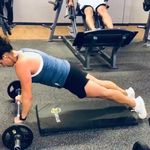 @AmericanoCrystals Hi there - yes I have experienced it as well but Chinese and I have also experienced this on Google where I get everything in Portuguese. I haven’t found a fix I just end up changing the language back to English.

@bodymindmood Hey Lisa, I am glad that you are doing well too.

Actually I changed my password and it seems to be fixed for now. Maybe you can also try it.

Hi Sophia I will definitely try that and I will also try it for Google.

@bodymindmood Hey Lisa, did you manage to solve it?

It seems there is a problem with the system of Pinterest, problems keep occur.

Hi Sophia no unfortunately its not working for me I have even tried searching on Google for a possible solution but no luck. 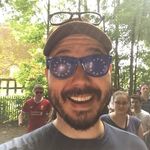 I'm sorry you are facing this. Have you tried our support team already? if not, please, file a ticket so someone can investigate it for you. Let me know if you need anything else after this, please.