We need some help to understand the reasons for our huge drop on Pinterest using tailwing account.

We have been using tailwind since 1 of April and everything was fine till 31 of may...
but after that all the traffic coming from that profile went down and we can´t figure out why it happen.

I heard that Pinterest has recently reported that massive drops in engagement is a known issue on their end.

What you guys are doing to overcome that? 🙂 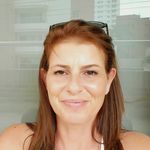 @pereira4214 @PinterestGabby Hi there I read your post and I think I can safely say that many of us have experienced or are experiencing similar issues. I do know they are working on this issue that has been the reply from Pinterest over the last couple of months but I also know that if you submit a ticket that will help Pinterest to review your account and find out what the problem is. You can also always ask @PinterestGabby to confirm any information I might have missed.

You have come to a great community. Lisa❤️

When I reported a similar issue I was told it would be fixed in 8 weeks which put the fix sometime in August. You might want to check and see if your website is verified. My website was mysteriously unverified for a few days and my chart looked like yours (zero impressions). 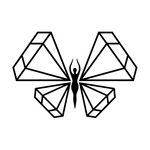 @theburntsunsetnovel @realsouthamerica Hey guys! Hope you are doing safe,  I am experiencing huge drop on our page as well, what about you? I think maybe Pinterest is updating recently and drop issues are related to that. Do you have any informations?

@AmericanoCrystals @theburntsunsetnovel @pereira4214 Hi there we are over 100 days in quarantine and it continues until July 15th.....Glad to hear your well! I haven't heard anything new recently. If I hear anything I will definitely let you know.

I am wondering if perhaps Pinterest is hoping to change how we pin and what we pin?

@AmericanoCrystals to be honest I had a drop a while ago but then it seemed to fix itself on its own - I didn't bother reporting it - my numbers thus far have been consistent and have actually gone up however as you know I run ads not a lot of them but right now I have three and I am pinning on my regular schedule like 5 times a day (all boards). I also run an ad for each of my videos that I post on Youtube (weekly) now bear in mind I am not spending thousands but enough to make a difference and drive traffic to my site etc. I have a small marketing budget and I make it work for what I do and where I am hoping to bring it to.

I have zero issue with Pinterest in the sense of running ads and monetizing I mean lets be honest they are a business and they have to make money. I think that Pinterest is growing and I think that like any business there are growing pains in this case software, do I think it will get better yes, do I think that a lot of the problems that are happening are from Pinterest trying to improve yes I do. I have also taken the liberty of looking at some profiles online from people who have sudden and sharp drops in numbers and in some cases the boards appear "spam like" and there is a real possibility that they are getting flagged for this reason, it isn't that they are spam it's that it appears like spam to the system, software, algorithm.

These are just my thoughts and observations could I be wrong absolutely but I wanted to share my thoughts et al. with you.

My impression drops seem to come when:

With that said, I have to work twice as hard to get 75% of last year's audience even though I post only originals. In order to maintain my numbers I have to post ten times per day. That just feels like too much to me. If I post 5 times per day and add in a video or story pin I am able to keep my numbers the same, as well. But again story pins and videos are a big investment.

Pinterest just seems like a lot of work for a platform whose ROI is plummeting. If everybody is flooding the market with pins to keep their numbers up the value of each pin declines.

There's also a glitch where my numbers drop drastically overnight for the previous day's pins. The numbers seem to re-appear a couple of days later. Pinterest said this would be fixed in August.